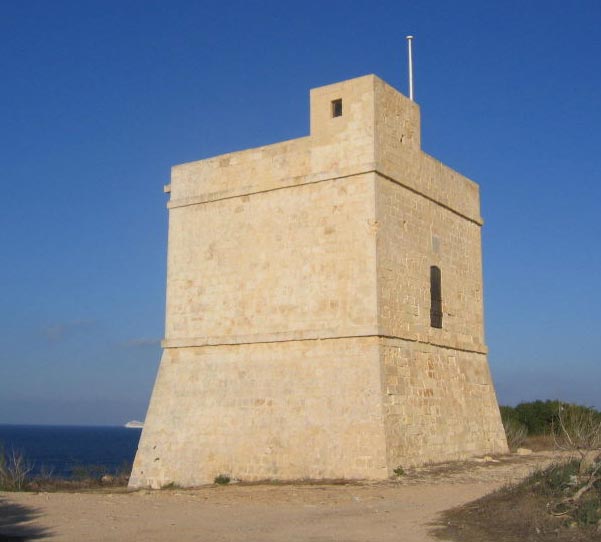 Għallis Tower is a fortification on the island of Malta built by the Knights of Malta. It is a small fortification, primarily a watchtower, though it was originally armed with a three inch iron cannon, and was garrisoned by a bombardier and three gunners.

Construction took place during 1658 and 1659. It was one of thirteen constructed during the reign of Grand Master Martin de Redin. It stands above the shore just east of Ras il-Ghallis (Ghallis point).

The tower formed part of the chain of De Redin towers that allowed communication from Gozo to the Knights' base at Grand Harbour.

Click on a date/time to view the file as it appeared at that time.

The following page links to this file: